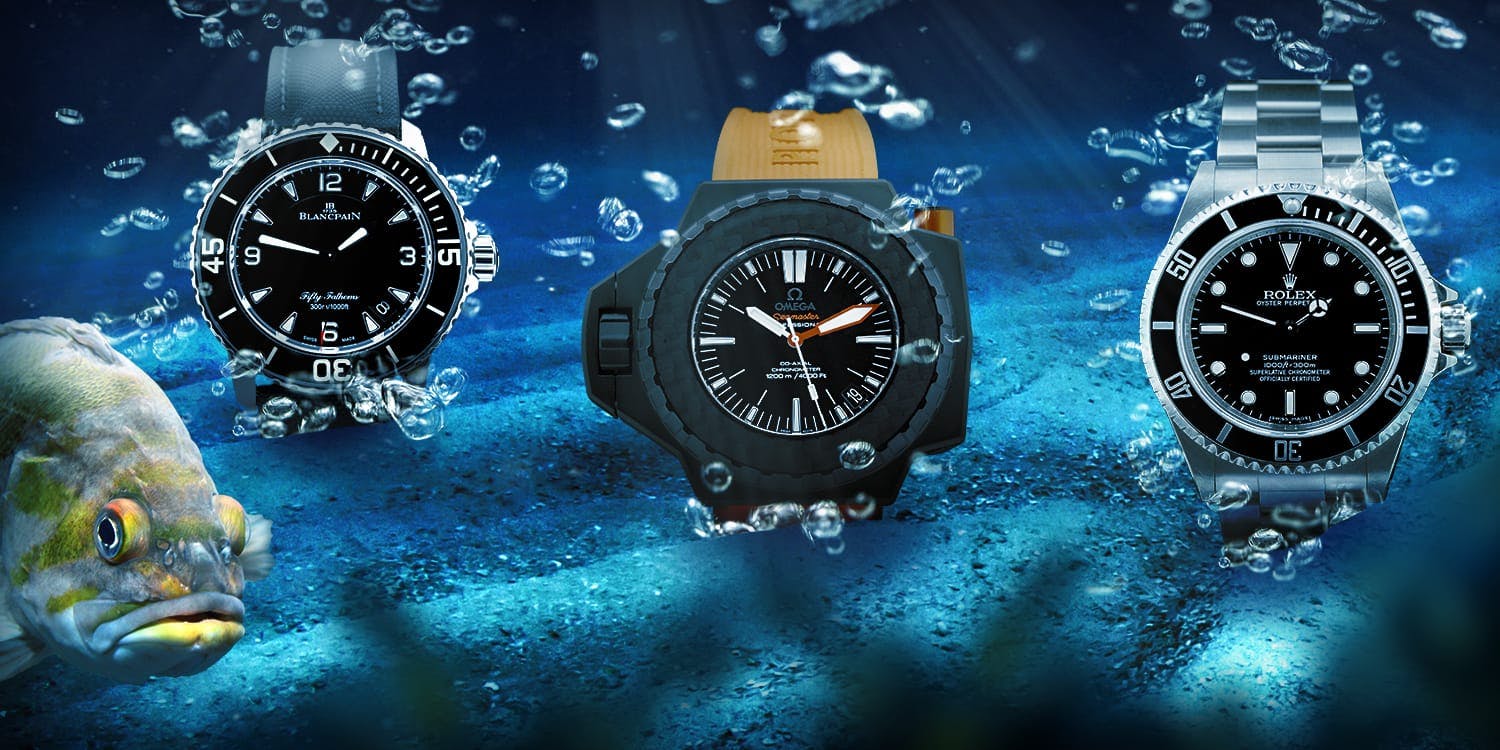 The market is filled with all kinds of different watches. Sports watches are possibly the most popular type. Among sports watches, diving watches are particularly highly coveted. They are more than just functional tools for diving and now include some of the most iconic and world-renowned timepieces. In this article, we’ll take a look at what defines a diving watch and list some of the most significant models.

Before diving into the industry icons, let’s first define some diving-watch basics. According to Berner’s Illustrated Professional Dictionary of Horology , a diving watch is “designed to withstand immersion to a depth of at least 100 m (328 ft) and to satisfy requirements specified in ISO standard 6425.” A depth of 100 meters is clear, but what is ISO standard 6425? The International Organization for Standardization (ISO) sets standards for different industries around the globe.This particular standard states that for a watch to classify as a diving watch, it must be able to track dives times for up to an hour in increments of at least 5 minutes. Furthermore, the diver needs to be able to tell the time from a distance to 25 cm (9.8 in) in total darkness.Finally, and perhaps most obviously, a diving watch must be water-resistant and made of corrosion-resistant materials.

This ISO standard was adopted in 1996; however, many modern diving watches go well above and beyond these specifications. It’s also worth noting that diving watches existed well before 1996, so the pre-owned market is full of classic models that helped set the standards for diving watches today.On that note, let’s take a look at three of the most iconic diving watches and track how they became luxury icons. After that, we’ll shine a light on a newer model that has the potential to develop into a modern classic. 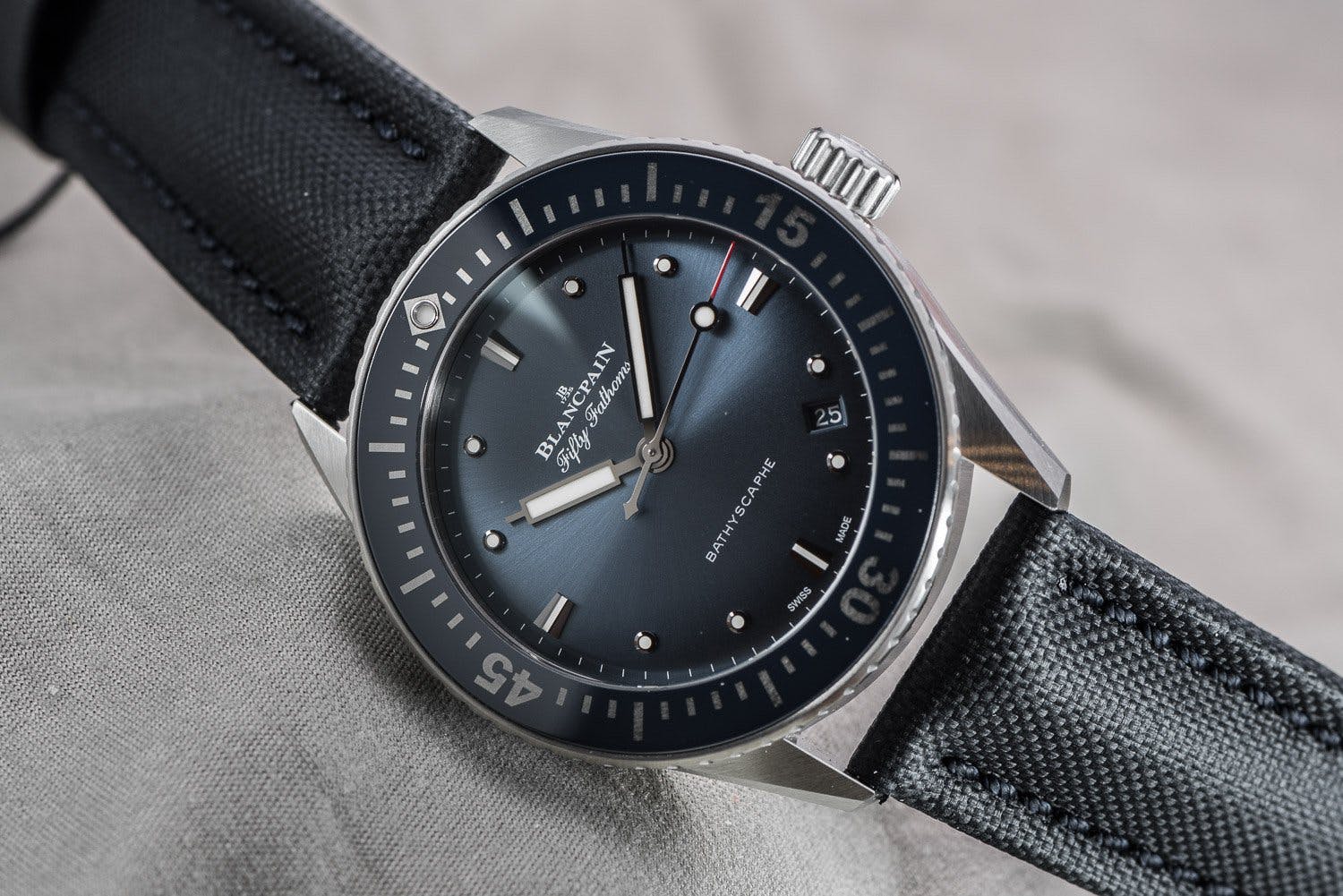 The Blancpain Fifty Fathoms debuted in 1953. Jean-Jacques Fiechter, then CEO of Blancpain, created this timepiece in collaboration with Captain Robert Maloubier and his lieutenant, Claude Jean Riffaud of the Nageuers de combat (French commando divers). Blancpain started working on the Fifty Fathoms following a meeting between these three men. In 1953, Blancpain delivered 20 watches for testing. They passed every test and became the official watch of the French Navy’s combat divers soon thereafter. Other militaries would follow soon, and the legend of the Blancpain Fifty Fathoms began to grow. Nowadays, the Fifty Fathoms has grown into a full collection of watches and remains the brand’s most important timepiece. Options range from the modern Bathyscaphe edition to the more classic Fifty Fathoms Automatique. If you’re looking for an updated version of the original, the Fifty Fathoms Nageurs De Combat Automatique is the perfect choice. This timepiece pays homage to the first modern diving watch and the start of a great era in watchmaking history. 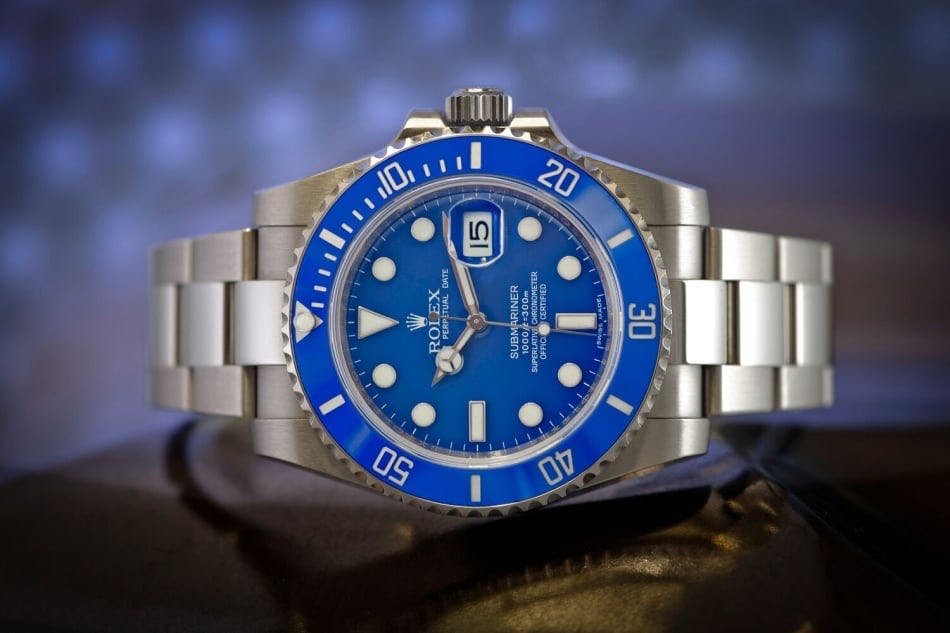 While the Blancpain Fifty Fathoms started it all, the Rolex Submariner is the bigger name today. In fact, it’s probably the world’s most well-known luxury watch. Many people believe it was the first modern diving watch, but we now know that is not the case. The Rolex Submariner’s story also begins in the early 1950s when Rene P. Jeanneret, Rolex’s director and an amateur diver, challenged the company to develop a diving watch that could double as an elegant timepiece for everyday use. The company developed its response to Jeanneret’s request in 1953; however, Rolex didn’t introduce their first two Submariner models to the public until the 1954 Basel Watch Fair (known today as “Baselworld”). Thus, a legacy was born. The amazing thing about the Submariner is how little its design has changed over the decades. Obviously, Rolex has made many improvements to the technology and materials; however, they’ve barely touched its looks. The main choice you have to make is whether you prefer your Submariner with or without a date display. 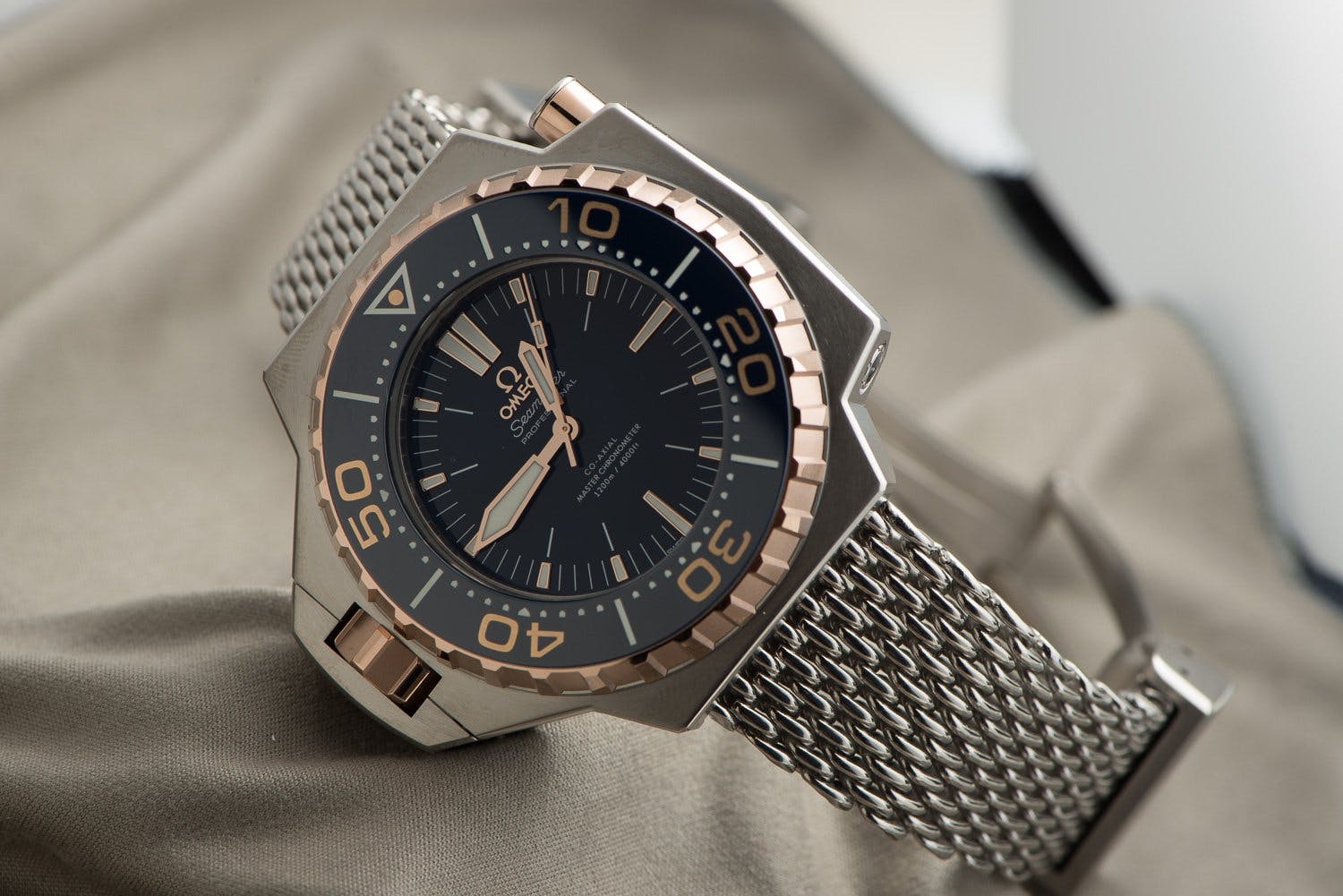 Ever since its introduction in 1971, the Ploprof– which stands for plongeur professionnel (French for “professional diver”) – has enjoyed icon status. Omega designed the Seamaster Ploprof 600 as an extremely robust, water-resistant, readable, and reliable watch for professional divers in the oil and shipping industries. To make sure they got the Ploprof right, Omega teamed up with the legendary COMEX divers and world-famous Jacques Cousteau. The Ploprof’s case is made from a single block of stainless steel and features a unique crown that’s secured by a locking bolt. One of the most iconic features of the Ploprof is its locking bezel, which is operated via a large push-piece. Other interesting details are the Ploprof’s polygonal shape and mesh bracelet. The current model is known as the Seamaster Ploprof 1200M. It’s basically a re-creation of the original, but with improved specifications.

It’s always good to spend a little time talking about brands that might not be as familiar to the general public. That being said, Squale has made a name for itself in watchmaking circles. Von Buren S.A. founded Squale as a supplier of watch parts in 1945. Early customers included Blancpain, who used their components in the Fifty Fathoms at the time. That means Squale played a major role in the rise of diving watches in the mid-20th century. The brand later began producing their own watches, focusing exclusively on diving watches. The design of the current Squale 2002 takes its inspiration from the 1970s. This watch has great wrist presence and catches the eye with its Milanese bracelet and brightly colored bezels. However, it’s much more than an attractive timepiece. Its 1,000 m (3,281 ft) of water resistance easily meets today’s standards for diving watches. While Squale may not enjoy a legendary reputation like other brands, they certainly deserve it. The Squale 2002 is a prime example of a diving watch that has the potential to reach icon status like the watches listed above. Only time will tell…

The Magic of a Good Strap or Bracelet

Five Watches Every Women Should Add to Their List of Favorites

By Jorg Weppelink
Jun 17, 2019
View all articles
Next article

May 27, 2016 by
Christopher Beccan
View all articles

Editor’s Picks of the Week – Zenith, Hermès and Rolex

The Watches of Team Chrono24: Pascal

What trends, watches, and brands played an important role in 2018?